Our ocean jewelry collection celebrates the beautiful diversity found in the seemingly endless ocean depths. We have jellyfish earrings, whale and dolphin pendants, and beautiful fish earrings. Our moonstone wielding octopus is a crowd favorite, as is the wiggly manta ray necklace with an articulated tail. The textures, colors, and patterns of the sea are rich with design inspiration and we are enchanted with the variety in the underwater world.

From the minuscule to the massive, the ocean is home to a stupendous array of life.  On the tiny end of the scale are zooplankton, of which there are hundreds of species but scientists know relatively little about them. Zooplankton feed on phytoplankton, also known as microalgea, which grows abundantly and is a primary food source for many ocean creatures. In fact, there is so much phytoplankton growing in the oceans that scientists estimate it produces about half of the oxygen in the world! 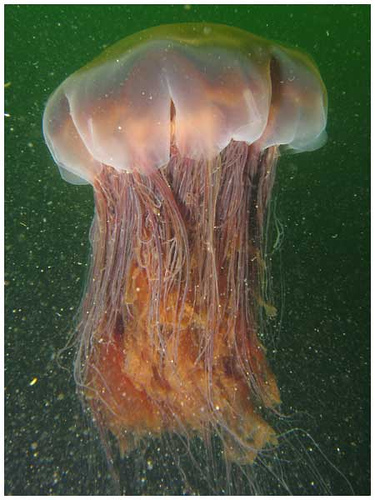 On the enormous end of things are 500 pound giant clams, 200 ton blue whales, and lion’s mane jellyfish with tentacles reaching 49 feet long. Another enormously fascinating ocean beast is the Colossal Squid, which can grow up to 46 feet long. Believe it or not, the Colossal Squid’s brain is shaped like a donut, with its esophagus running through the donut hole! If that’s not jaw-droppingly-awesome, I don’t know what is.

Puffer fish, in addition to being downright adorable, are exquisite artists. During the throws of courtship, the small fish creates intricate mandala crop circles on the ocean floor. Describing it only pales the work – check out this astonishing video: BBC-Planet Earth - Puffer Fish Courtship

Sea Cucumbers aren’t quite as cuddly as puffer fish and don’t get nearly the attention they deserve. They are scavengers that help break down organic matter, a vital role in the ol’ circle of life. If under attack, the fierce sea cucumber can expel its own toxic internal organs toward the attacker, and then grow new organs later. That’s downright impressive! In case you’re looking for a project, you might want to start brainstorming collective noun ideas for sea cucumbers. As of the publishing of this post, there is no specific collective noun for a group of sea cucumbers and we think this is an egregious oversight. We’d like to formally go on record with the following suggestions: sprocket, fringe, or stampede.

The diversity and beauty of the ocean is too amazing to take for granted. We encourage you to join us in supporting any of the various organizations that work to improve and protect our environment. We regularly donate to many groups including World Wildlife Fund, Ocean Conservancy and the Nature Conservancy.

Oh, and here's a look at that wiggly manta ray pendant from the ocean jewelry collection: