Shedding Some Light on Paua Shell 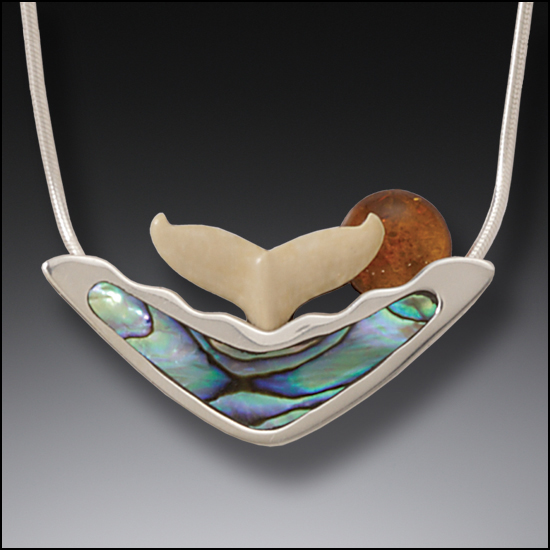 Paua is a species of abalone that is only found off the coasts of New Zealand, usually along shallow and rocky coasts. Abalone are in the Haliotus family, which has 56 species of edible herbivorous sea snails. All abalone species have colorful iridescent shells, although Paua is known for having the most colorful shell. Abalone are found worldwide, although the majority of the species are found in cold waters off the coasts of Australia, New Zealand, South Africa, Japan, and Western North America.

This is an abalone:

Polished abalone shells are used in a variety of hand crafts like jewelry, buttons, and inlay (for instruments and other woodworking). Abalone meat is highly regarded and is enjoyed both raw and cooked, world-wide.

With a glance at an abalone shell, you might think it’s a bivalve (meaning two shells hinged together) like oysters, clams, scallops and muscles. However, an abalone consists of just one shell and a soft body that is attached to the shell. The body has a very strong muscle, known as the foot, that attaches the abalone to rocky surfaces. They are beautiful animals and surprisingly interesting to watch.

The Paua Shell In Our Designs

We feature paua shell in several of our jewelry pieces. Jenny, the lead designer at Zealandia Designs, is from New Zealand and has an affinity for this beautiful material. The iridescent colors of paua shell complements the earth tone colors of the fossilized ivory to create a striking piece of jewelry.

The colors found in paua shells include metallic blues and greens, iridescent pinks and purples, and some magical reflections. The hand carved ivory that ranges in color and the varied coloration of paua makes each one spectacularly unique. 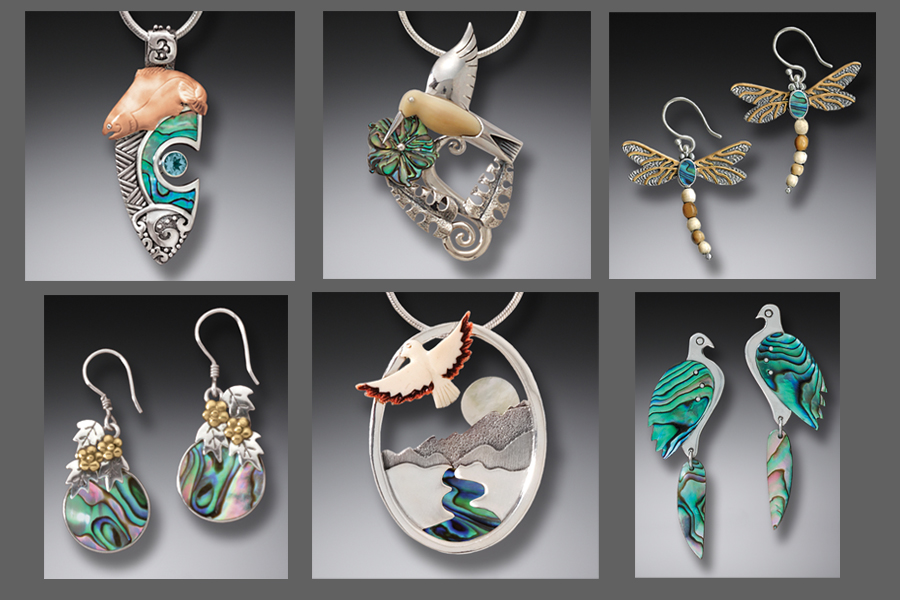 All of the paua we use in our jewelry is sustainably sourced from a paua farm in New Zealand. We are passionately against poaching of any kind, including abalone. There is an extensive black market for abalone meat. Anywhere you find abalone naturally present, you’ll also find very strict collection laws. Every year abalone poaching results in millions of dollars in illegal trade and has become a global concern. We are committed to making a positive contribution to the world and regularly donate to several global organizations who promote wildlife and environmental conservation.