When Jenny landed in Bali for her bi-annual trip to work with the artisans who produce Zealandia’s fossilized ivory jewelry, she found a very different scene in familiar Ubud. The 33 year old son of Jenny’s landlord, one of Ubud’s princes, had died unexpectedly two months prior.

Cokorda Putra Widura lay in the palace, his cremation scheduled for the following week. A somber mood pervaded the prince’s compound as the entire town prepared for the upcoming cremation ceremony. Craftsmen were putting the finishing touches on an enormous bull sarcophagus that would hold the body during the cremation burning. Towers and masses of offerings had been created over the past two months in preparation for the ceremony. 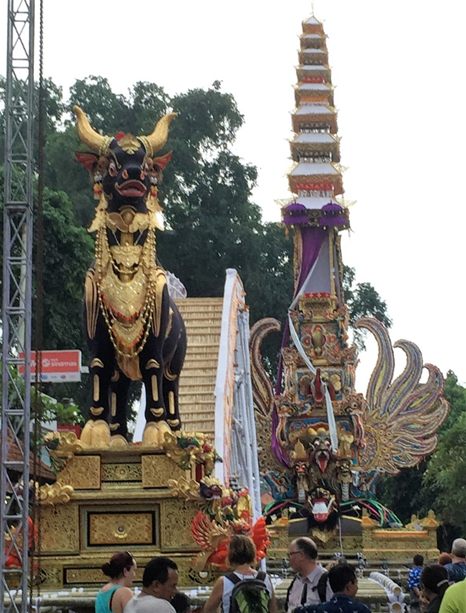 The splendid bull sarcophagus and cremation tower in the background

The city of Ubud is bedecked in finery

Jenny dressed in traditional Balinese clothing—a sarong, corset, kebaya (traditional temple blouse), and waist scarf—to view the embalmed body at the palace. She drank tea with the deceased’s mother and grandmother before paying her respects to the young prince who was the only male from his generation. Sadly, the day before would have been the prince’s 34th birthday, and his body was surrounded by birthday wishes and gifts. 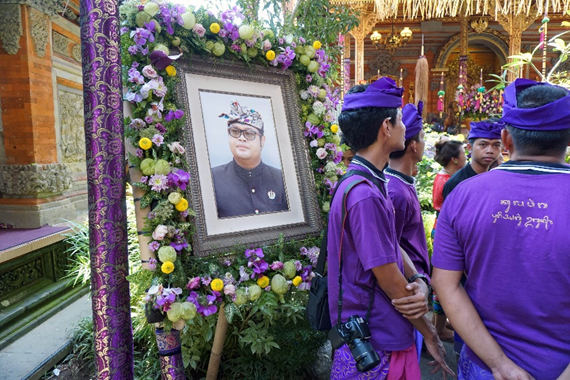 An image of the late prince 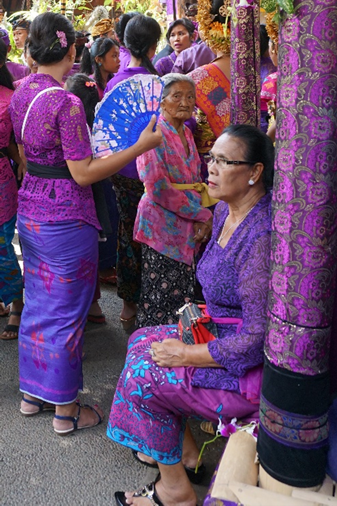 The Balinese were as gracious as ever, despite their profound sorrow. Local Balinese affiliated with the palace worked for two months to create the palace decorations, fine handmade offerings, tower and sarcophagus. They also served food for the many hundreds of people flooding in to pay their respects. In the days leading up to the cremation the women dressed in their finest gold and silk, important rituals were performed and all-night vigils held in the palace.

“It is such pleasure to live and work with the Balinese,” Jenny says. “Their grace and commitment to beauty are unmatched.”

On cremation day crowds numbering in the tens of thousands arrived to view the ceremony. Jenny was profoundly touched to discover she was one of only seven westerners invited into the inner palace for the ceremony. 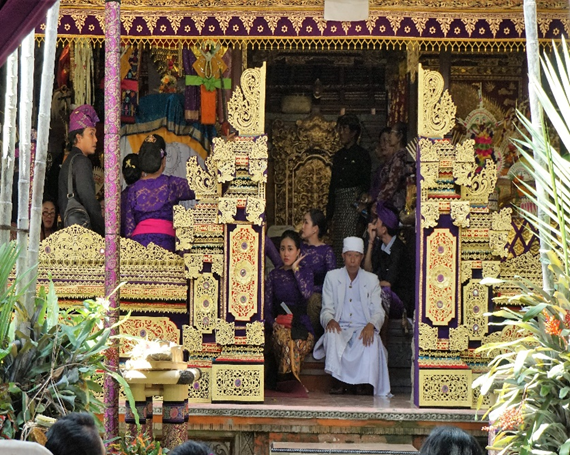 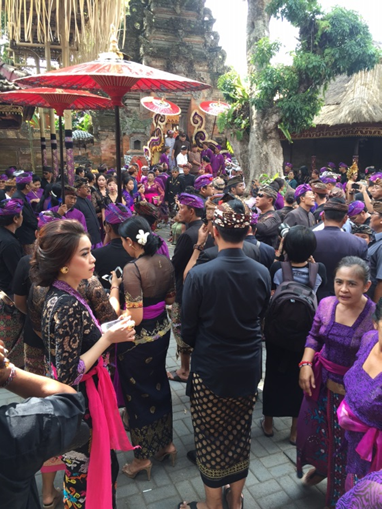 Waiting in the outer palace for the procession to begin

Hundreds of bearers carried the platforms bearing the massive bull sarcophagus and the giant tower bearing the prince’s body through the crowds from the palace to the cremation ground.  An exquisitely dressed elderly man rode the bull to its final position, while another man with diamonds inlaid in his upper teeth accompanied the body in the top of the tower. 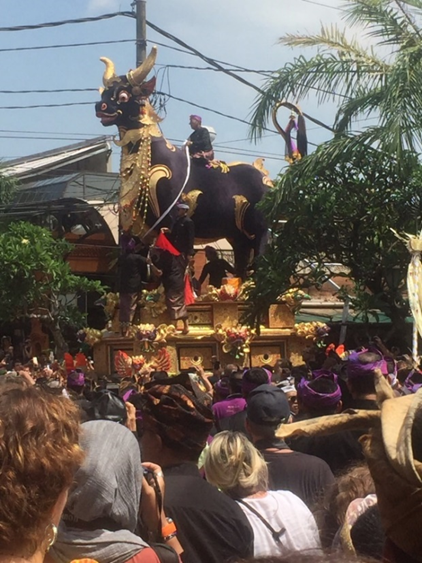 The bull sarcophagus moves through the crowd

Once there, the prince’s body was transferred from the tower to the bull before the entire structure was set ablaze. The crowds watched in sorrow and awe as the royal family performed the rituals to release their beloved Cokorda on his final journey. 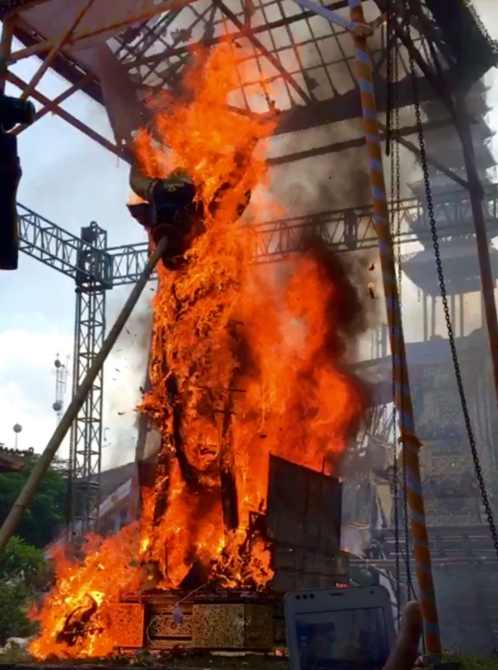 Jenny felt the power and breathtaking beauty of the ceremony, and she also felt deeply grateful for the opportunity to be present. Although grief is often not displayed at Balinese funerals, it was impossible for the royal family to hide their deep sadness over the loss of this much loved man.

A beautiful photo documentary of the proceedings by local Ubud photographer Rio Helmi can be found here.