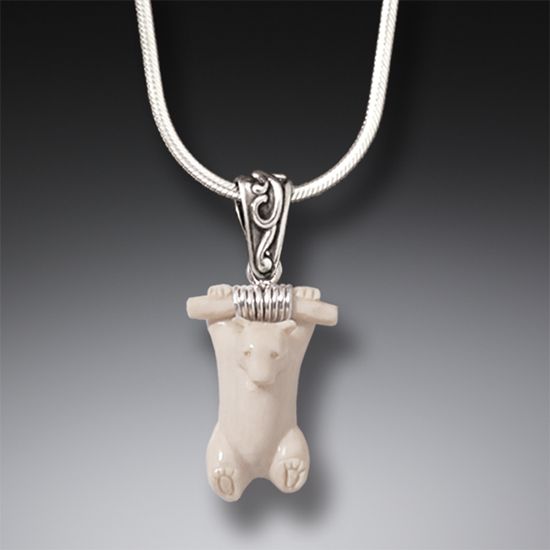 This intricate mammoth ivory polar bear pendant incorporates ancient extinct mammoth tusk that reminds us how the earth can lose an entire species in a streamlined and artisan carved design.

Pair this delightful Hanging Bear polar bear necklace with our Hanging Bears polar bear earrings for a complete set! The set's hand carved details and sterling silver wrapped accents make it a treasure that is sure to become part of your heirloom jewelry collection.